Light cherry red in colour leads to an elegant nose of red cherry and raspberry fruit with gentle spice notes from barrel aging. The palate is silky, fine and hugely inviting. Delicious ripe summer fruit character is perfectly balanced by soft tannins and refreshing acidity. It has a long and elegant finish.
Very good with white meats and oily fish. The perfect partner for mushroom-parmesan risotto.
The Casablanca Valley is influenced by its proximity to the Pacific Ocean and its coastal breezes that moderate temperatures. The area ranges from soft rolling hills to higher hills toward the Coastal  Mountain range in the east. The poor, sandy loam soils are alluvial in origin, relatively shallow and very permeable, resulting in yields which are generally low in comparison with other Chilean valleys.  Temperatures are much cooler here, allowing the grapes to ripen very slowly to produce rich flavoured wines. The Casablanca Valley is influenced by the Pacific Ocean and the Humboldt Current, resulting in constant humidity and average temperatures of 25ºC in the summer and 14ºC in the winter. The spring of 2015 was cooler than average and the relative humidity was higher. This caused uneven budbreak and later ripening. An increase in rainfall forced an earlier harvest in April. The grapes are harvested into 400-kg bins and transported to the winery, where first the clusters and then the grapes (after destemming) are selected on a conveyor belt. Once in the tank, they undergo a pre-fermentation maceration for 3 days, followed naturally by alcoholic fermentation with native yeasts. During this stage, temperatures are kept at 24-26º C, with a gentle pump-over routine. A 2-3-day post-fermentation maceration is then carried out. Malolactic fermentation occurs spontaneously in stainless steel tanks and barrels. The wine is filtered through 1-micron membranes and then bottled. 70% of the wine is aged for 6 months in French oak barrels.
Suitable for Vegetarians and Vegans.
This wine is Organic. 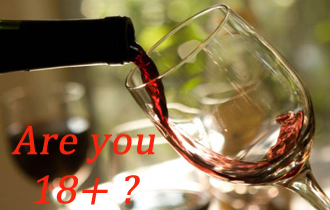